I often image disks with Kryoflux that I get from various collectors. The disks are mostly from the C64.
I usually convert the raw streams to G64 with mastering information (-i22a) that I can checkout the content with DirMaster/Style or Vice.

For quite a few G64 images I noticed that there appear issues in various programs. A typical issue in Vice is that the directory preview shows garbage while doing a LOAD"$",8 works fine.

Also DirMaster shows garbage for the directory on some disks and C64-Archive rejects G64s stating they are invalid.

I contacted the authors with some example G64 files. The question came up, if there is some documentation of the G64 with mastering information format available?

It also seems that most programs are tested against Peter Rittwages (C64 Preservation Project) G64 archive. But there seem to be no general G64 image test suite that includes images with certain pecularities to consider.
I would like to suggest to collect such images for a test suite. My hope is that this would help to improve the G64 support in the software.

I have attached three G64 images that are problematic. 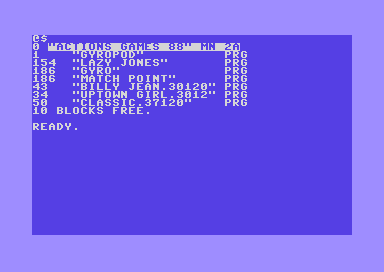 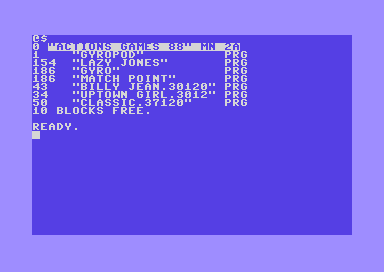 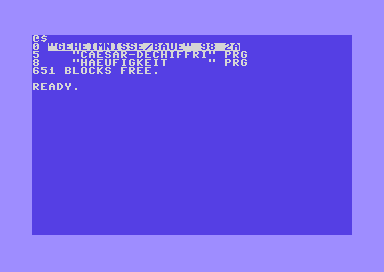 Okay, this is not a matter of the G64 but of control-codes in the disks name! If you list the directories content to the screen the listing gets confused by missinterpreting theese control-codes as long as you use the original c64 kernel. With speeddos or dolphindos (as I did) as kernel rom theese codes are ignored and everything lists fine...

So this is not G64 related! It happens on the original machine with the original disk! It was intended to behave this way I gues!

That is what I wrote, that the images work in Vice emulation (and the disks with a real floppy).

However if you take a step back and look at common tools: 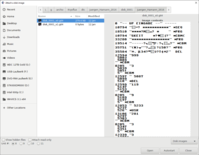 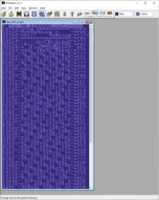 And C64-Archive says it is an invalid G64 file on import.

So while the G64s work the applications have problem with them. That is also why I was proposing some kind of G64 image test suite.
Top

It was verry common to use theese so called PETSCII codes below $20 in the disknames or filenames to "hide" them. PETSCII Codes $00-$1F and $80-$9F are control codes and printing them will cause a change in screen layout or behavior, not an actual character displayed! If you look at the directory with a hex-editor you will recognize some of them on the samples you loaded up.

So theese weird directories are designed that way and not faulty! Kernels like dolphindos and speedos ignore them (as a feature) while listing a directory. Since the disk samples you uploaded are not copyprotected you may re-read them as d64-images and expirience the same behavoir.

The fileviewer in vice emulates this correctly as its emulating the original look and feel!

So this is nothing to worry about. This is happening with the original disk and machine, as it was designed to behave this way!

The "problem" with Vice, as the devs checked out yesterday, is that disk viewer while opening a disk image doesn't really analyse the content and just assumes track 18 to be at the correct track.
Top

Hence my recommendation, to fix the tools, not the data (which is correct).
Team KryoFlux
http://www.kryoflux.com
Top

Are we talking about disk images where there is some alignment problem and track 18 is not on track 18, but stepped off a half or whole track in one direction? That's a data problem, not a tool problem. I mean unless this is mastered this way on purpose with a drive that is out of alignment?
-
Pete Rittwage
C64 Preservation Project
http://c64preservation.com
Top

I can't check at the moment but if I recall correctly it could be important that the syncs end at a byte boundary so that the GCR data can be directly found and interpreted as expected. Also I think that I have seen some disks where the physical order of sectors does not match the logical one, so that e.g. sector 1 doesn't immediately follow sector 0. This could also break naive code for interpretation of track 18.

Edit: The first obvious finding is that none of the attached G64 disk images are index aligned.
Top
Post Reply
11 posts